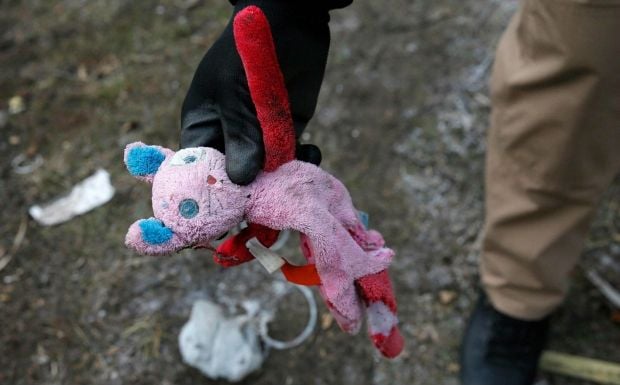 "A year on, the battle for truth and justice is far from over, and we continue to provide our full cooperation to – and work closely with – the Joint Investigation Team (JIT) looking into this tragedy. They now have a clearer picture regarding the possible cause of the tragedy, and are expected to continue their investigation into all possible scenarios until the end of 2015," he said, according to najibrazak.com.

"The end goal is clear – to bring the perpetrators to justice, and ensure they pay for this unforgivable crime, which claimed hundreds of innocent lives."

"At the same time, we will continue to push for the establishment of a full, thorough and independent international tribunal into the incident – for the sake of the families and friends of those who perished in the tragedy," he said.

"The victims of MH17 were casualties of a conflict that was not theirs."

Earlier, media reported that Igor Girkin, the leader of Russian separatist forces in eastern Ukraine, was on Wednesday formally accused of orchestrating the shooting down of the Malaysia Airlines flight, MH17, in July last year.

A writ filed in Chicago also alleges that Girkin was acting with the blessing of the Kremlin when his forces fired at the Boeing 777 en route from Amsterdam to Kuala Lumpur, according to USPNN.

The case has been brought on behalf of the families of 18 of the passengers on board the aircraft, including six Britons.

On July 10, permanent representative of Russia to the United Nations Vitaly Churkin criticized a draft resolution of the UN Security Council and the statute of the international tribunal proposed by Malaysia and the Netherlands to prosecute those responsible for the downing of flight MH17.