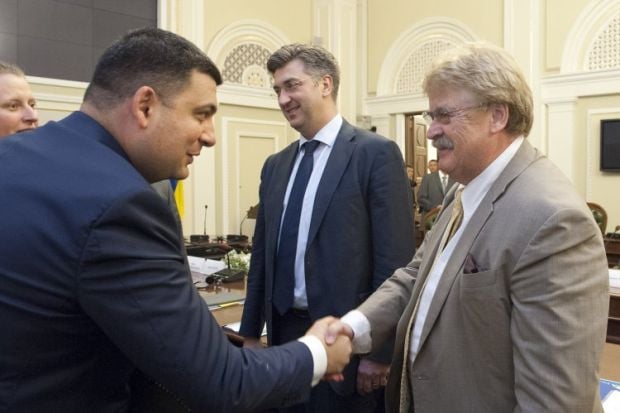 "We must make Russia realize its accountability for war crimes and violations of international law, for the creation of humanitarian and social problems," Brok said during a meeting with Ukrainian Parliament Speaker Volodymyr Groysman in Kyiv on Thursday, the Verkhovna Rada's press service told UNIAN.

"It is necessary to use sanctions so that the Russian Federation should be aware of the inevitability of the punishment," he said.

Groysman in turn briefed the EP delegates about the status of the constitutional reform in Ukraine.

According to the speaker, by sending a bill on amendments to the Ukrainian Constitution to the Constitutional Court for its final conclusions, the Ukrainian authorities have begun the process that will allow the Ukrainian nation to draw a dividing line between the post-Soviet, centralized past and the European, democratic future of Ukraine.

"We have fruitfully worked on this key reform with the Council of Europe and the Venice Commission, and its positive conclusion has demonstrated that we're on the right track," Groysman said.

Brock in turn noted that "big countries are better governed if they are decentralized."

"The reform of the judicial system and local self-government are key elements of transformations," he added.