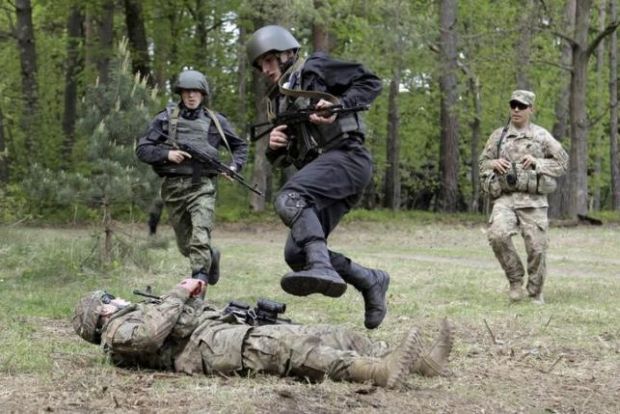 "This training is part of our long-running defense cooperation with Ukraine and is taking place at the invitation of the Ukraine government. This additional program brings our total security assistance committed to Ukraine since 2014 to over $244 million," State Department Mark Toner said, according to Reuters.

He said the training would begin in western Ukraine near the Polish border later this autumn. The Pentagon said the training offered to regular Ukrainian military troops would be similar to that given to the national guard forces.

Lieutenant General Ben Hodges, head of U.S. Army forces in Europe, said earlier this month that U.S. officials were discussing expanding the military training to include regular Ukrainian troops under the Defense Ministry.

The training is part of U.S. efforts to strengthen Ukraine's security following Russia's seizure of the Crimea last year and the Russian aggression in Ukrainian east.

Toner said he had nothing to announce on any new weapons for Ukraine and that the focus was on providing non-lethal aid.

Some U.S. officials have called for giving Ukraine more sophisticated counter-battery radar to help them fight back against artillery and mortar fire from the rebels.

U.S. forces in Europe have been training the Ukrainian guard since this spring, focusing on strengthening internal defense capabilities.

Canadian Defense Minister Jason Kenney has announced that Canadian Armed Forces (CAF) personnel would train Ukrainian soldiers until the end of March 2017, in the form of joint military exercises, most of which are to take place at the International Peacekeeping and Security Centre in western Ukrainian Lviv region, as UNIAN reported earlier.