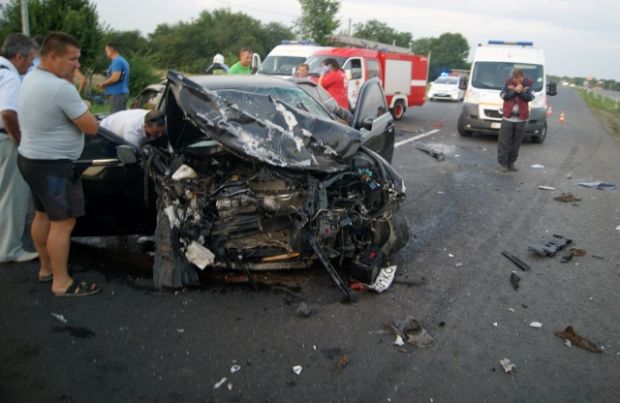 "On July 26, there was an accident in Poltava region – a car crash that involved two vehicles, one of which belongs to the Constitutional Court's chairman. Despite the fact that his personal driver was at the wheel, we have got three victims," he said.

"Baulin is in hospital," Avakov added.

"The investigation is under way. According to preliminary investigation findings, the car of the Constitutional Court's head violated the traffic rules," the minister said.

As UNIAN reported earlier, a road accident occurred at the 320th km of the Kyiv-Kharkiv highway at about 20:00 Kyiv time on July 26.

Traffic police reported that three cars had collided: a Toyota Camry, a Nissan Sunny and a VAZ.

Media reported that the passenger from the Toyota Camry was Chairman of the Constitutional Court Yuriy Baulin.

According to the Interior Ministry, two people were killed in the accident, and later another victim died in hospital.

"Two more passengers of the Nissan were injured and hospitalized, including a 12-year-old child, who died from injuries in children's clinical hospital in the city of Poltava," the report says.