As of 12:10 Kyiv time on Monday, the Central Election Commission had already processed 96.38% of protocols from polling stations of the 205th electoral constituency in the city of Chernihiv, where an additional parliament election took place on Sunday, July 26. 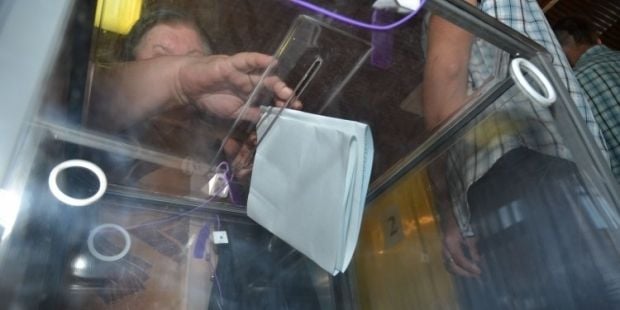 An illustrative image from UNIAN

Serhiy Berezenko, a candidate from the Bloc of Petro Poroshenko, scored 35.75% of votes, while UKROP party representative Hennadiy Korban was supported by 14.84% of voters.

At the same time, three out of the four exit polls conducted during the elections in Chernihiv showed that Korban was in the lead in the 205th constituency.

The turnout in Chernihiv was 35.3%, the constituency election commission reported (the turnout during the snap Rada election in October 2014 was 55.87%).