Poroshenko: Crimea to have status of national-territorial autonomy within Ukraine 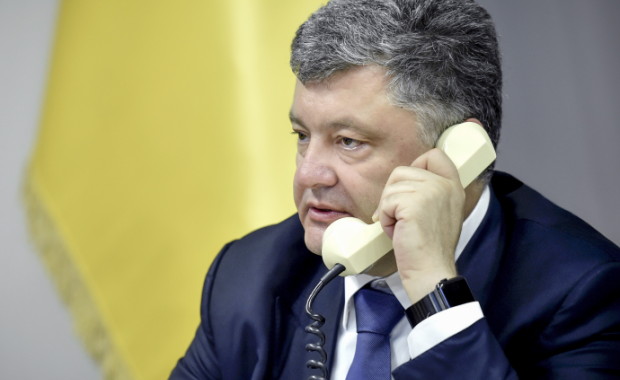 "I'd like to assure you that Ukraine will never, under any circumstances, put up with the violation of the rights of its citizens, human rights, the rights of the Crimean Tatar people to live freely on their land. Ukraine, together with its international partners, will do its best to restore the rule of law on the peninsula and the return of Crimea under Ukrainian jurisdiction. We have established government institutions that are engaged in the pursuit of the state policy in relation to Crimea. Representatives of the Crimean Tatars, including national leaders, Members of Parliament Mustafa Dzhemilev and Refat Chubarov, enjoy a worthy place among the Ukrainian authorities," Poroshenko said in a statement addressing the second World Congress of the Crimean Tatars, which is being held in Ankara July 31 through August 2.

"I sincerely welcome representatives of the courageous and freedom-loving Crimean Tatar people, who came to participate in the second World Congress of the Crimean Tatars. The whole world is with you now. A considerable number of participants in the forum from different countries is proof of this," the president said in the statement.

Poroshenko said that six years had passed since "the first time you came together in your historic homeland in Crimea to establish the World Congress of the Crimean Tatars, freely discussing the plans of national revival and restoration of relations between representatives of the nation torn by the imperial policy of the Kremlin. The nation who gained the opportunity to get united thanks to their struggle and the support of Ukraine, which in 1991 became independent and opened ways for the Crimean Tatars to return home."

Now, the president said, the second World Congress of the Crimean Tatars is under way amid the temporary occupation of Crimea by the Russian Federation. The Crimean Tatar people are again facing acts of terror; tens of thousands of Crimean residents were forced to flee from this new threat.

The president also stressed that Ukraine is grateful to the democratic countries, including the Turkic-speaking countries, for the support in this difficult time.

"I would like to stress that we highly appreciate the principled position of the Turkish Republic, which co-sponsored a UN General Assembly resolution on the territorial integrity of Ukraine, repeatedly pointed out at the highest level to the unacceptability of the occupation of Crimea, and sent an unofficial delegation there, which confirmed numerous shameful facts of the violation of human rights by the occupiers," the president said.

He also expressed gratitude to all delegates of the Congress, including representatives of the Crimean Tatar Diaspora from other countries, for unconditional support of the territorial integrity and sovereignty of Ukraine.

"I believe that acting together with our friends around the world, we will restore historical justice and ensure a decent future for generations to come," he said.

A total of 180 Crimean Tatar organizations from 12 countries, as well as politicians, ambassadors, representatives of diplomatic missions, scientists, journalists from the European Union, the United States, and Canada came to the Congress in Ankara.

The Congress is discussing further actions by the Crimean Tatars amid the illegal annexation of Crimea, as well as violations of their rights, freedoms and threats of national destruction.

Yet, most of Crimean-based members of the Crimean Tatar Mejlis were not able to visit the Congress in Turkey because Russian law enforcement agencies had sent them summons for questioning for August 1.