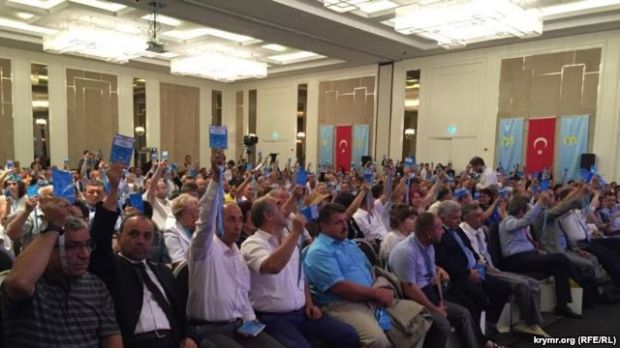 The appeal, adopted on Sunday, August 2, states that after the occupation of Crimea in 1783, Russia has been systematically putting pressure on the representatives of the Crimean Tatar community in order to make them leave the Crimean peninsula.

The appeal also claims that the Soviet Union used every opportunity so that Crimean Tatars did not return to Crimea, but stayed in places of deportation.

"Today the Russian Federation, having inherited a legacy of imperial Russia and the Soviet Union, on 28 February 2014, ignoring all rules of international law and human rights, annexed the Crimean peninsula. Since then and until today Russia has been implementing a systematic policy of ignoring the fundamental freedoms concerning the Crimean Tatars, their forced emigration from Crimea and rapid assimilation; applies pressure, murders, imprisonment, deportation to those who are trying to resist and oppose its actions," reads the appeal.

Russia annexed the Ukrainian Crimea in March 2014. Ukraine and the West do not recognize the move and stress that the peninsula is Ukrainian territory.