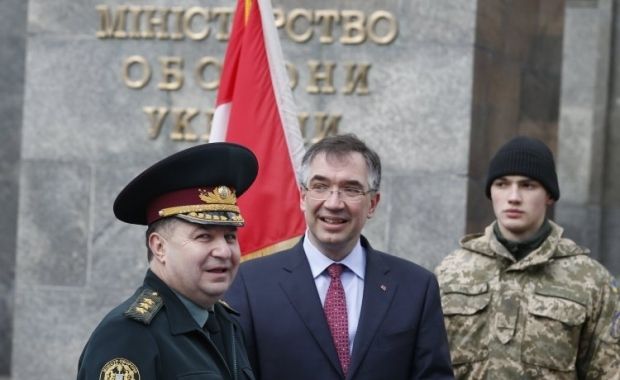 "Our Prime Minister Stephen Harper and Canadian Defense Minister Jason Kenney have repeatedly said that we take into account all variants, and all of them are available in case of escalation of the conflict, including the supply of lethal weapons," he said.

According to Waschuk, everything that has been done and planned has a positive impact on Ukraine's defense capability.

"Some forms of the Canadian assistance contributed to the success of the Ukrainian armed forces during the militant offensive in the town of Maryinka in early June," he said.

He also said that the drills, which the two countries were going to stage, would be aimed at increasing the autonomy and mobility of various units of the Ukrainian armed forces.

"Ukraine itself started to produce and supply modern weapons, which had been previously intended for exports. In general, these factors contribute that the conflict continues in the form of a glow in order not to let the opposite side, the separatists and their Russian command forge ahead into the territory of Ukraine," Waschuk said.