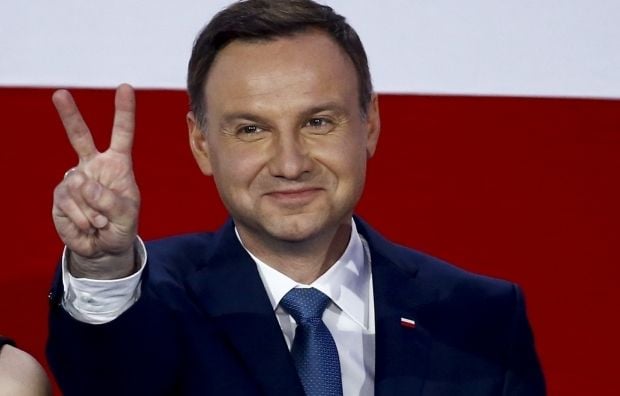 "I think the peace talks should be held in another format if we're looking for a peaceful resolution in the long run," he told PAP, eurointegration.com.ua wrote.

"I have high hopes that these talks will be held with the participation of Poland and other neighbors of Ukraine. Only a broad peace conference will be able to ensure long-lasting peace," Duda said.

He says that return to the old borders would be the best option to resolve the conflict. He believes that a frozen conflict may entail fateful consequences.

"Poland should support Ukraine in different ways. I'm not talking about financial support here, but about assistance in building institutions of state," he said.

He acknowledged that Poland would not like to have bad relations with anybody of its neighbors, including Russia.

"The situation is really difficult. And we would never go to the worsening of relations deliberately," he said.

As UNIAN reported earlier, Warsaw earlier proposed the Weimar format of negotiations to settle the Ukraine conflict with the participation of Poland, Germany, and France.