Why Putin’s Phony Wars Work Better Than ‘Real Ones’ 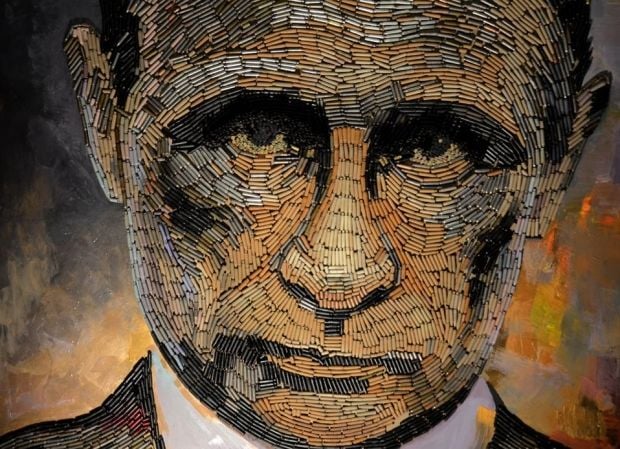 The Ukraine conflict, which has seen everything from the appearance of “little green men” (actually rather large Russian-speaking soldiers), intimidating troop build-ups, relentless propaganda and stealth invasions is very likely the shape of things to come, as Putin has started a “nimble and covert” pop-up war,  according to regional consultants Gregory Maniatis and Molly McKew, The Daily Beast reports.

The article argues that there is no surprise that the strategic sea port of Mariupol in southeastern Ukraine has not been seized by the Russian-terrorist forces despite constant fears of a major offensive on this government-controlled area with the ultimate aim of establishing a land bridge to Russian-annexed Crimea. The reason behind this is Putin’s gradual approach, reads the article. He is expected to slowly chip away at the country, keeping his troops active and pushing forward bit by bit until he gets what he wants.

Drawing parallels with the 2008 Russia’s war with Georgia, Putin’s tactic is to occupy a breakaway region, recognize it and slowly expand it over time, a recent example being an incident a month ago when Russian-backed forces from South Ossetia put up signs marking their “border” pushing farther “ into Tbilisi’s territory.

Read alsoLarge Russian military offensive in Ukraine possible within weeks: US analystFor Putin, the strategy is to make a small move and then wait. The next step seems to be to wait until the media has stopped paying attention. Eventually people are no longer going to read stories about an invasion and siege of Mariupol that hasn’t happened, exhausted of the media who cry wolf. And that’s exactly when the offensive might happen, The Daily Beast reports.

We’re looking at the biggest build-up and stand-off of U.S. and Russian troops since Berlin 1948.

Even during the Cold War, Russian and American troops never directly faced off so closely and in such large numbers. Instead, proxy states were used, such as Cuba in 1962. The significance and danger of this buildup seems lost on both the American and Russian people.

“These aren’t just exercises; this is a serious escalation,” says German journalist and Russia expert Boris Reitschuster. “NATO is being tested by Putin who is looking for any possible weakness. I don't think people back in the US or even in Western Europe realize how serious this situation is.”

As to how long the war will last, it is still too early to tell. If there is one thing that Putin has in abundance, it is stamina.

As Georgia marked the seventh anniversary of the 2008 Russian invasion on August 8 and Georgia’s relations with Russia have no hopes for normalization any time soon, the question arises, will the world opinion care about Kyiv’s problems in six years from now any more than it cares about Tbilisi’s today?