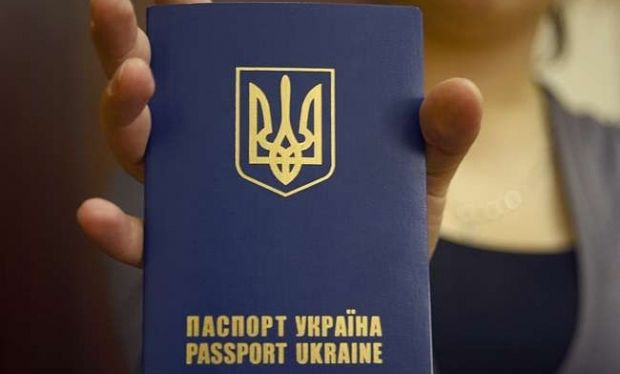 Ukrainian authorities only recognize IDs issued in line with the country's legislation / inforesist.org

According to Ukrainian legislators, residents of the self-styled Donetsk and Luhansk people's republics are Ukrainian citizens. Yet Ukrainian documents such as passports and birth certificates cannot be issued in territories that are not under Kyiv's control. On the other hand, documents bearing stamps from the breakaway territories are not accepted in Kyiv-controlled Ukraine, according to Deutsche Welle.

The registry offices in the new people's republics have introduced their own forms, while admitting that they are invalid outside the so-called DPR. The registry offices also have Ukrainian forms, which are no longer valid - even in government-controlled territories. Young mothers have turned to social networks with queries such as "How can I get a Ukrainian birth certificate for my child?"

People living in militant-controlled territories can supposedly obtain papers upon the request to the relevant national authorities outside their region. Long lines to cross the new internal frontier between Donbas and the rest of Ukraine are strenuous, but still not the greatest hurdle.

Officials from the Ministry of Justice in cooperation with the Ukrainian Health Ministry are to address the issue of such legal collision, but until then, disputes must be resolved in court.

Without a valid Ukrainian passport, people cannot travel to neighboring Russia, either. But residents of Donbas have no idea how they can legally obtain a Ukrainian passport in the areas not controlled by the government. Pro-Russians in the self-proclaimed republics had hoped for a rapid issuing of Russian passports, but this has not yet happened, so they need Ukrainian documents to travel outside the region.

There are now nine administrative districts in Ukraine and, in Kyiv, 11 administrative centers that issue inhabitants of the conflict zones new passports for free.

"Obtaining documents is no problem in Kyiv. Even the lines we saw in the autumn have disappeared," Natalya Shamray, director of the municipal authority of Kyiv, told DW. "We've heard from people that in Donbas many inhabitants pay huge amounts of money on the black market to obtain their documents, but all passport services are actually free," she added. "You do not need to turn to the black market and, in doing so, support corruption."