Poroshenko and Putin may meet in September 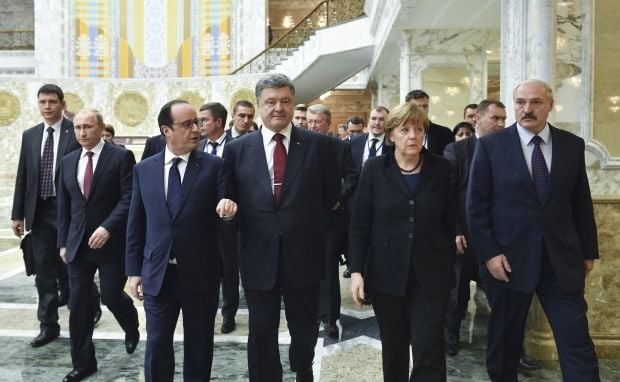 The 'Normandy Four' meeting is also to be attended by German Chancellor Angela Merkel and French President Francois Hollande.

As UNIAN reported earlier, on August 24, Ukrainian President Petro Poroshenko met with French President Francois Hollande and German Chancellor Angela Merkel to discuss the possibility of changing the format of talks on the Ukraine crisis.

Poroshenko said that he was sure that there was no need to create a new format of talks to settle the Donbas conflict.

Merkel also said that the sides had agreed they would work in the Normandy format instead of creating a new one.