U.S. rejects Russia's efforts to point to Ukraine as aggressor 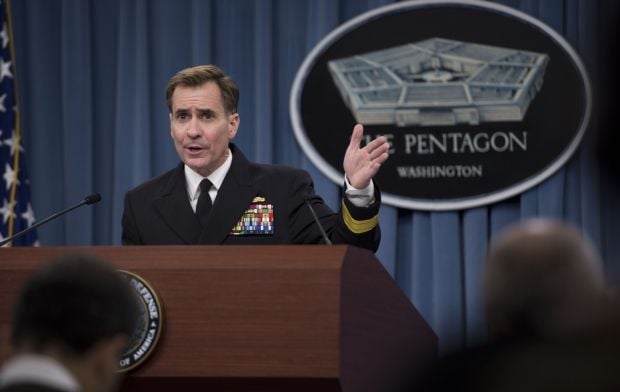 "Ukraine’s military posture continues to be defensive. We firmly reject Russia’s efforts to point to Ukraine as the aggressor. There is no indication that Ukraine intends to conduct or is undertaking preparations for offensive operations in their own country, eastern Ukraine," U.S. State Department spokesperson John Kirby said at a daily press briefing in Washington, DC, on August 24.

"We welcome the meeting among Chancellor Merkel, President Hollande, and President Poroshenko in Berlin, and their ongoing shared commitment to the full implementation of the Minsk agreements," he said.

"We remain concerned about violence in eastern Ukraine. Our analysis continues to show, and as I have said before, it is the combined Russian-separatist forces, and not Ukrainian forces, who are initiating aggressive activities," he said.

"We commend the OSCE's ongoing efforts to facilitate Minsk implementation and condemn separatist attacks and pressure on the monitors, which we continue to see. We call on Russia and the separatists to end the violence and begin full implementation of the Minsk agreements, including ensuring safety and full access for OSCE monitors," Kirby said.