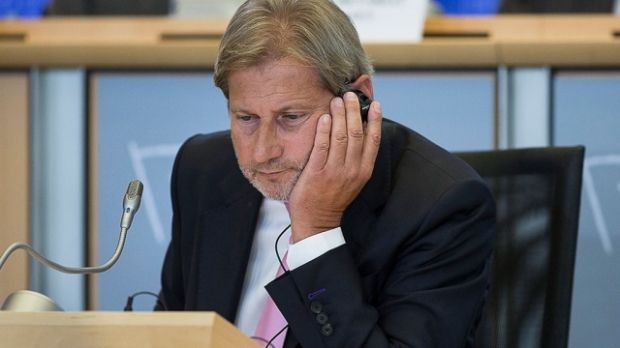 "I have just heard about it, I have to look into it, but at the first glance I'm surprised and I'm concerned. And I will certainly discuss it, after having analyzed this issue, with the colleagues in Ukraine because I would not say this is in a European spirit," Hahn said.

As UNIAN reported earlier, Ukrainian President Petro Poroshenko on Wednesday enacted a decision taken by the NSDC on September 2 to introduce sanctions against about 400 individuals and more than 100 entities of the Russian Federation and other countries, who are involved in the annexation of Crimea and aggression in Donbas.

The sanctions will be in effect for 12 months.

On the blacklist also are journalists from Britain, Germany and Russia, who are facing bans on travels to Ukraine.

On September 17, Ukrainian Information Policy Minister Yuriy Stets announced that proposals regarding changes to the sanctions list that are applicable to the journalists can be submitted at the next NSDC meeting.