Donbas militants say they may reschedule local elections for February 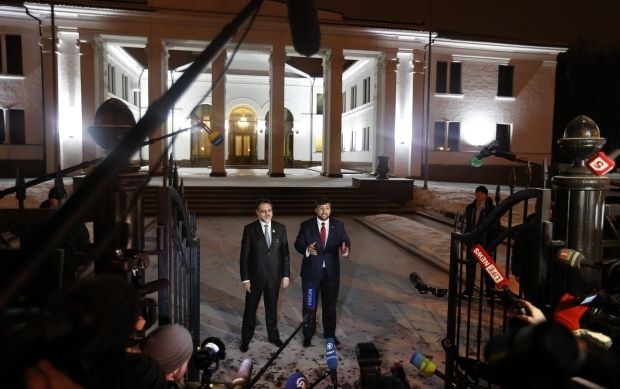 "In order to push the process forward, our political subgroup, which meets more often than others, has prepared a schedule with adequate deadlines for implementing each clause of the Minsk agreements. It has been prepared on the basis of current legislation in Ukraine and regulations of the Verkhovna Rada of Ukraine, as well as OSCE ODIHR standards," representative of the Luhansk People's Republic Vladyslav Deineho said, according to a militant website.

He said the self-proclaimed republics had already "selected a date for local elections in Donbas – February 21, 2016."

Deineho said that the plan would solve the problems with the amendments to the Constitution of Ukraine, providing certain districts of Donetsk and Luhansk regions with special status, adopting the law on local elections in some areas. This also concerns an amnesty of participants in the Donbas events from both sides, as well as the termination of the Anti-Terrorist Operation along with lifting the economic blockade.

The so-called "local elections" are originally planned to be held in the DPR on October 18, in the LPR on November 1.

Under a Ukrainian presidential decree, the local elections in Ukraine are scheduled for October 25.

Sweden's Ministry of Foreign Affairs condemned Russia's approval of the pseudo-elections in the militant-controlled territories of Donbas.

Deputy Head of the Ukrainian Presidential Administration Kostiantyn Yeliseyev said Ukraine was in an active dialogue with foreign partners to develop an action plan in case militants held their pseudo-elections.