The Ukrainian delegation to the UN walked out of the UN General Assembly hall during Russian President Vladimir Putin's speech, according to Russian news agency TASS. 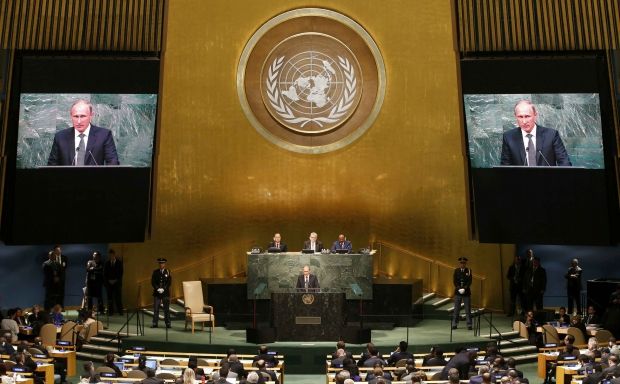 This was the way the Ukrainian side expressed its disagreement with the Kremlin's aggressive policy, TASS reported.

"Our seats are in the first row to the left," head of Ukraine's Permanent Mission to the UN Yuriy Sergeyev tweeted.

"We can't hear 'sweet things' on how to reach global peace from the man who makes local wars," he wrote on Twitter.

As UNIAN reported earlier, the Russian delegation to the UN walked out of the New York assembly hall during Ukrainian President Petro Poroshenko's speech at the UN Sustainable Development Summit on Sunday.