Klimkin explains why Ukrainian delegates walk out on Putin 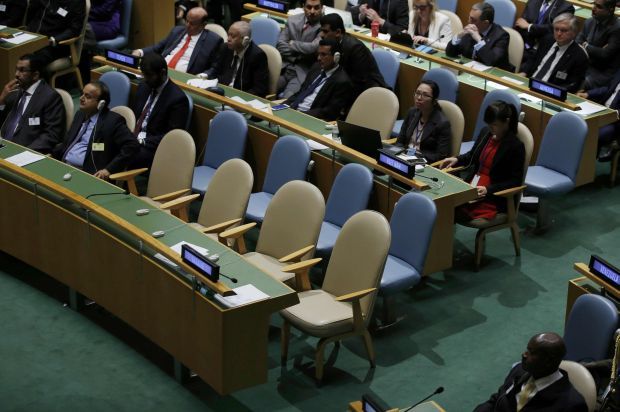 "We heard plenty of applause during Obama's speech, who spoke of democracy, who spoke about the values, as the main message of his speech was to go forward and not to look back, not to do what has been done centuries ago. And during Putin's speech, there was no applause. And, of course, I personaly have no desire to listen to what Putin says and to be in front of him during his speech, and neither does the Ukrainian delegation," Klimkin said on Ukrainian TV Channel 5 on Monday.

As UNIAN reported earlier, the Ukrainian delegation to the UN walked out of the UN General Assembly hall during Russian President Vladimir Putin's speech.