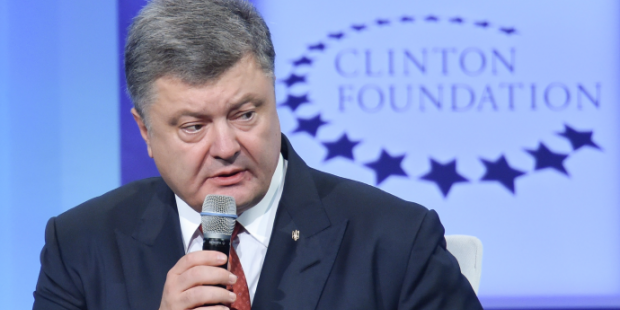 The President will address the UN General Assembly at around 19:30 Kyiv time," reads the tweet.

It is also noted that the speech will be aired live on the official website of the UN.

In addition, the President’s press service noted that on the fourth day of his visit to the U.S., Poroshenko will also hold a number of bilateral meetings with leaders of states and take part in the official events of the United Nations.

The President begins his day with a breakfast of the Business Council for International Understanding with representatives of U.S. business circles.

Toward the middle of the day the head of the Ukrainian state will meet with the president of the 70th session of the UN General Assembly Mogens Lykketoft.

After that, the President will participate in a working meeting of heads of delegations of the states – parties to the MH17 Joint Investigation Group.

At the conclusion of his visit to the U.S., Ukrainian President will deliver a speech at Columbia University.

As UNIAN reported earlier, during his speech at the UN Peacekeeping Summit, Petro Poroshenko urged members of the UN General Assembly to support Ukraine by granting it a status of a non-permanent member of the Organization.