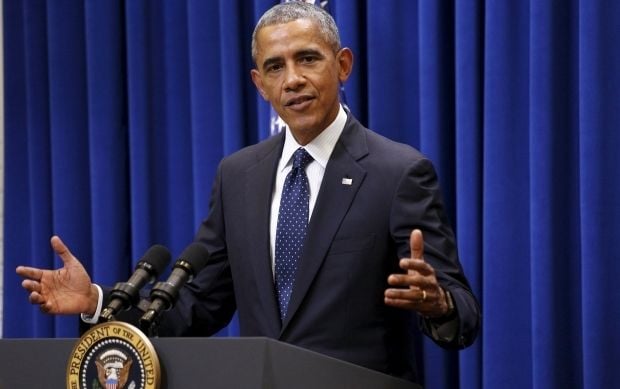 "Obama's message is clear: the United States will not sacrifice Ukraine in exchange for Russian cooperation against Islamic State in Syria," reads the article.

"The announcement also shows that the United States views the current ceasefire in eastern Ukraine—in place since September 1—as an opportunity to help Ukraine upgrade its deterrent military capability. While Ukraine's request for 1,240 Javelin anti-tank missiles has gone unmet, Washington's willingness to move forward with radars sends a clear signal that the US may consider sending lethal weapons should the Minsk II process fail," the author says.

Today, the Obama administration accepts that deterrence is the best way to maintain the "stalemate" in eastern Ukraine. "A year ago, the United States was reluctant to use military transports to ship medical and humanitarian equipment to the then-embattled country. But over time, a rising chorus of voices within the US foreign policy establishment urged the administration to arm Ukraine. Many voices within the administration have supported sending weapons to Ukraine, and Obama is belatedly moving in their direction," reads the article.

"Besides, U.S. Marines have trained Ukrainian national guardsmen, and there were supplies of Humvees, armor, communications gear, and other essential systems as well," says Karatnycky.

The author says that "the US-manufactured Q36 system—which is mobile and can be mounted on armored personnel carriers and Humvees—allows the immediate targeting of the point of origin of missiles from a range of 18 kilometers and rockets from a distance of 24 kilometers. More importantly, it enables operators to precisely locate the enemy's artillery and rocket launchers after just one shot."

These radars could help tip the balance and reduce fatalities on the Ukrainian side as 75% percent of Ukrainian fatalities are a result of artillery and missile attacks, according to the country's Defense Ministry.