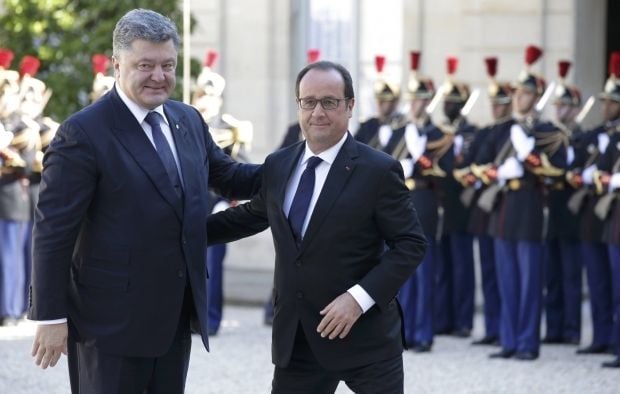 “Ukrainian-French relations are at the highest level since the Ukrainian independence,” President Poroshenko said, according to the presidential press service.

The parties discussed the situation in the occupied Donbas and Crimea, and coordinated positions on the eve of the meeting in the Normandy format.

The parties discussed the issue of visa-free regime for Ukrainians and agreed on the holding of Ukrainian-French Investment Forum in November 2015.

As UNIAN reported earlier, Ukrainian President Petro Poroshenko arrived in Paris on October 2 for a one-day visit to take part in a meeting of Normandy Four leaders.