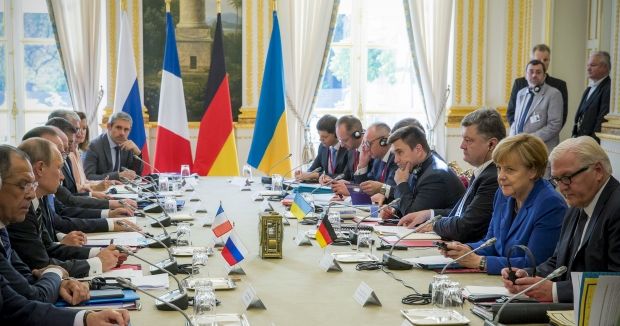 "We've agreed [that Ukraine will retake] further control of the border [with Russia] step-by-step, and all foreign troops will be withdrawn from Ukraine," he said.

The parties also agreed that the number of checkpoints on the Russian-Ukrainian border would be raised, while procedures for international organizations would be liberalized. What is more, the sides agreed to speed swaps of prisoners of war and civil hostages.

The talks also tackled gas issues, the French president said. "As the [gas] protocol has already been initialed and signed; on the agenda now is the implementation of the signed agreements. We agreed that a meeting would be held at foreign ministers' level to sum up the results of the previous agreements," he added.