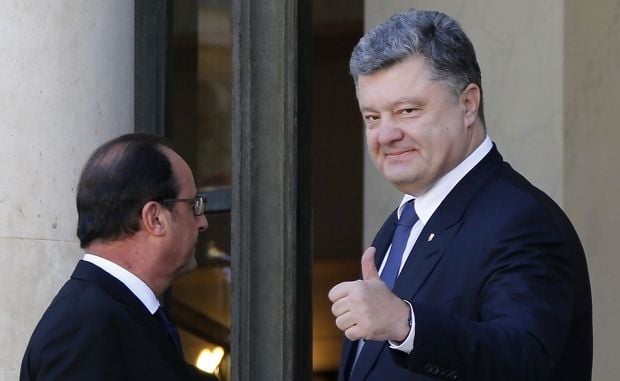 There is an "absolute ceasefire" in Donbas now, Poroshenko said in an interview with TV journalists, which was broadcast by the Ukraina TV Channel on Sunday.

"Not a single shot – even from small arms, from a gun – has been fired at the front in the past three days," he said.

"And this is what gives us hope for a very important thing which I'd like to announce now – further steps, and we begin to believe that they are possible – this is the return of Ukraine to Donbas. It is impossible to restore Ukraine's sovereignty in Donbas without this," he said.

This is not possible without political settlements, without the withdrawal of troops, without elections under Ukrainian laws, he said.

"Crimea is the next stage of our action plan," he added.