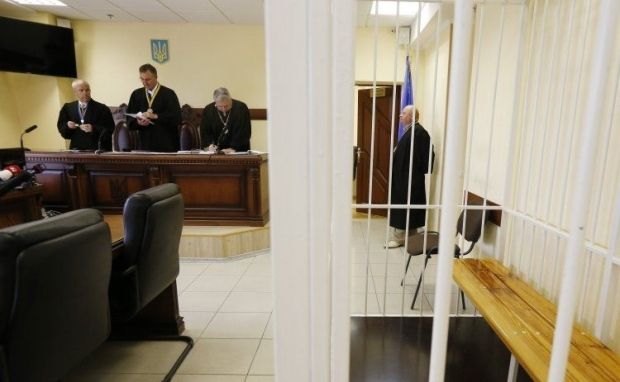 "Illegal business protection scheme that we have discovered and the extortion of money from members of a company involved in extraction of sand was only a "tip of the iceberg." During the pre-trial investigation it was established that the scale and range of illegal activities of one of the defendants in the case is much wider than initially expected," Sakvarelidze wrote.

After familiarization with materials of the criminal proceedings, the investigators will conduct a series of re-cross examination, taking into account new facts, in order to better understand the defense position.

As UNIAN reported earlier, deputy chief of the main investigation department of the PGO Shapakin and deputy prosecutor of Kyiv region Korniets were detained on July 05, as a result of a special operation.

A total of $500,000 in cash and a significant amount of jewelry were seized during the searches. The investigation also found that the officials of the Prosecutor's Office conspired and received a UAH 3,150 million bribe.

During searches of Shapakin, $400,000 was seized, while the searches of Korniets revealed 65 diamonds and a Kalashnikov assault rifle.

Both detainees are officially suspected of committing a crime under Part 4 of Article 368 of the Criminal Code of Ukraine (acceptance of a bribe).

Kyiv's Pechersk District Court set up a UAH 3.2 million bail for Korniets. On July 31, Korniets was released from jail after making bail.

On July 16, Prosecutor General of Ukraine Viktor Shokin issued an order on dismissal of two top prosecutors. On July 21, the Kyiv Court of Appeals upheld the restraining measure for Shapakin in the form of arrest and changed the right to bail in the amount of UAH 6.4 million. On October 1, Korniets' lawyer said that his client had appealed to the Kyiv District Administrative Court with a lawsuit demanding to recognize his dismissal illegal and reinstate him in office. He also demanded payment of the average monthly salary during his forced absence.