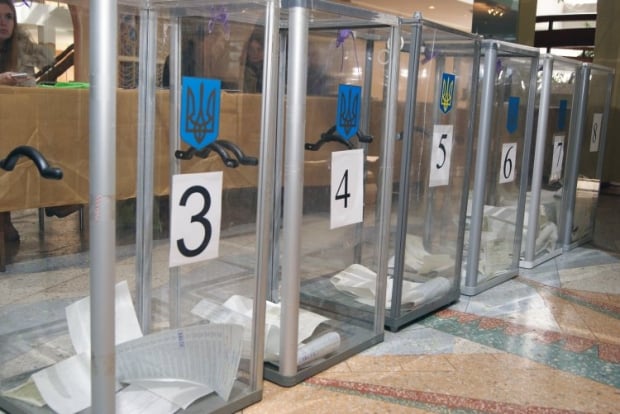 The Ukrainian government has allocated UAH 1.2 billion for the local elections / Photo from UNIAN

The polling stations opened at 08:00 and will close at 20:00 local time. Simultaneously with the scheduled nationwide local elections, the Central Election Commission appointed the first election of members of village and town councils and village and town heads of 159 united territorial communities in Ukraine, recently created under the law of Ukraine on the voluntary merger of territorial communities.

The Central Election Commission reported that Ukrainians will cast their votes for members of 10,778 local councils, including 9,127 village councils.

The Ukrainian government has allocated UAH 1.2 billion for the local elections.

A total of 132 political parties announced their participation in these elections.

Under a law passed on July 14, 2015, the local elections shall not be held in territory of the Autonomous Republic of Crimea, the city of Sevastopol and some districts in Donetsk and Luhansk regions, which are not controlled by Ukraine. Polling stations are also closed in 91 Ukrainian-controlled towns and villages in Donetsk region and 31 Ukrainian-controlled towns and villages in Luhansk region for security reasons due to their close proximity to the frontline in Donbas.

No election to local councils of Donetsk and Luhansk regions will be held. The city of Kyiv will elect members of its municipal district councils on March 27, 2016.

The 2015 local elections will be monitored by 134 official observers. The Central Election Commission also registered 1,420 representatives of foreign organizations to monitor the polling process.

The previous regional elections in Ukraine took place in 2010.