Korban taken to hospital, court hearings to start at 08:00

UKROP Party leader Hennadiy Korban has been taken to hospital, and a Chernihiv court will continue hearings at 08:00 in the morning on Tuesday, according to an UNIAN correspondent. 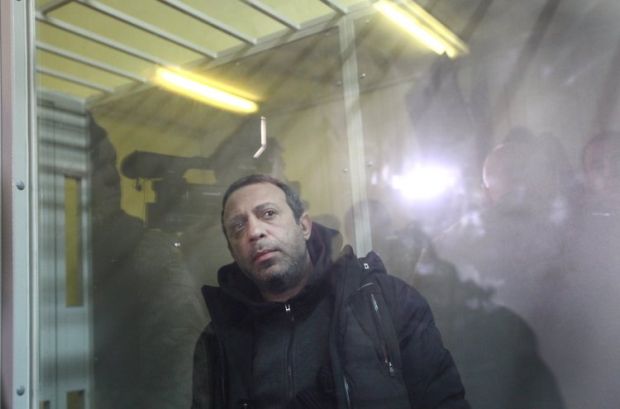 "An ambulance crew doctor has examined the suspect. He concluded that [Korban's] health condition required hospitalization. Therefore the suspect is going to be taken to hospital, and [further] court hearings are to start at 08:00 on November 3," Chernihiv district court judge Svitlana Chentsova said.

As UNIAN reported earlier, Korban started to feel unwell during court hearings at Chernihiv's Novozavodsky district court on Monday. An ambulance was called.

Lawyer Oksana Tomchuk said she hoped that Korban would be taken to hospital due to symptoms of a hypertensive crisis.

"We've talked to the doctor. The final diagnosis is not known, but it's known that Korban's blood pressure is 190/100, which is undoubtedly a sign of a hypertensive crisis, and he will be taken to hospital," she said.

As UNIAN reported earlier, the SBU Security Service of Ukraine started searches of UKROP party members in Dnipropetrovsk on Saturday. The searches were conducted in the house of Korban's parents, in the National Defense Foundation premises and in volunteers' houses.

Korban was detained in Dnipropetrovsk, later taken to Kyiv where he was questioned by the SBU and then to a Chernihiv court.

The Prosecutor General's Office (PGO) of Ukraine announced Korban was charged with creating a criminal group under Article 255 of the Criminal Code of Ukraine. What is more, investigator of the PGO Main Investigation Department Mykola Makeyev said that Korban was announced suspicion of violating Part 5 of Article 191 (large-scale misappropriation of public funds), Part 3 of Article 27 (complicity), Article 349 (kidnapping), Part 2 of Article 289 (theft of motor transport).