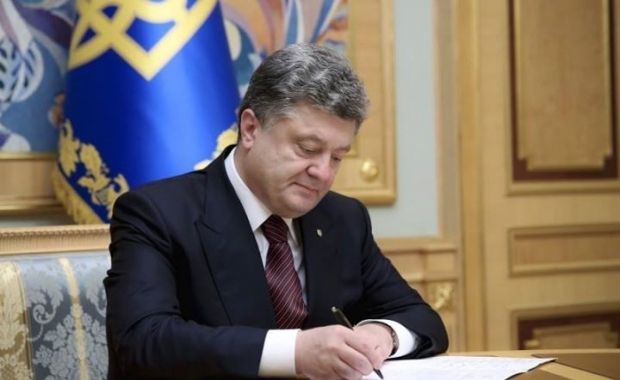 Poroshenko allows foreigners to serve in the Ukrainian army / president.gov.ua

Law No. 716-VIII, which was adopted by the Verkhovna Rada on October 6, provides for foreigners and stateless persons to be liable for contracted military service in the Armed Forces of Ukraine and other military formations. This will enhance combat capabilities of the Armed Forces and other military formations, as the country will receive more combat-capable, experienced and motivated battalion-level units totaling up to a thousand troops.

Due to foreigners joining the ranks of the Ukrainian Army and other military formations, the need for conscription of the Ukrainian citizens during a special period mobilization will be also be reduced.

Read alsoPoroshenko allows contract military to serve for six monthsAs UNIAN reported earlier, on October 6 the Verkhovna Rada adopted the bill "On amendments to some legislative acts of Ukraine concerning military service in the Armed Forces of Ukraine by foreigners and stateless persons."

The amendments to the Law "On Military Duty and Military Service” provide for  a status of military servicemen to foreigners and stateless persons who serve in Ukraine’s Armed Forces in accordance with the law.

Art. 5 of the Law "On the Armed Forces of Ukraine," was also amended, allowing citizens on alternative (non-military) service in accordance with the procedure established by law to be assigned to certain posts of the employees of the Armed Forces.

According to the law, foreigners and stateless persons who are contracted for military service for the first time, in accordance with the law, shall officially commit to comply strictly with the Constitution and laws of Ukraine, conscientiously fulfill the duties of military service.

Mercenary’s involvement in armed conflict, war or acts of violence shall be punished by imprisonment for a term of five to ten years.