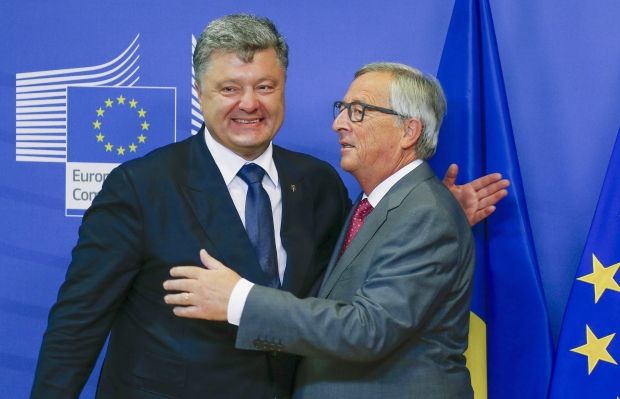 The Head of State congratulated Jean-Claude Juncker on the first anniversary of the new composition of the European Commission and highly evaluated its constant and comprehensive support for Ukraine.

Petro Poroshenko emphasized that the victory of democratic and pro-Ukrainian forces during the local elections of October 25 created an opportunity for acceleration of the process of reforms, first of all in the sphere of anti-corruption policy.

The Presidents discussed efforts of the Ukrainian authorities on the creation of institutional and legislative framework for struggle against corruption, which is particularly important in the context of ensuring progress in the issue of introduction of the visa-free regime for Ukrainian citizens, as well as the fulfillment of Ukraine's obligations aimed to receive macro-financial assistance from the European Union.

In this regard, the parties agreed to organize the visit of European Commissioner for Migration, Home Affairs and Citizenship Dimitris Avramopoulos to Ukraine in the nearest time.

The Presidents praised the completion of ratification of the Association Agreement between Ukraine and the EU in the Czech Republic and the Republic of Cyprus.

In the context of the launch of DCFTA on January 1, 2016, Petro Poroshenko and Jean-Claude Juncker discussed the future visit of European Commissioner for Trade Cecilia Malmstrom to Ukraine that will take place on November 12-13.

The President of Ukraine informed the President of the European Commission on the situation in Donbas and the fulfillment of the Minsk agreements. The Head of State emphasized an exceptional importance of preserving solidarity and unity of the EU in the issue of sanctions against Russia and ensuring the restoration of territorial integrity of Ukraine.