A macho, "hell-for-leather guy," who as press minister from 1999-2004 broke the hold of oligarchs on Russia's media and asserted state power over the airwaves, Mikhail Lesin was found dead on November 5 in a Washington hotel, aged 57. According to relatives quoted by Russian media, he died of a heart attack, according to The Moscow Times. 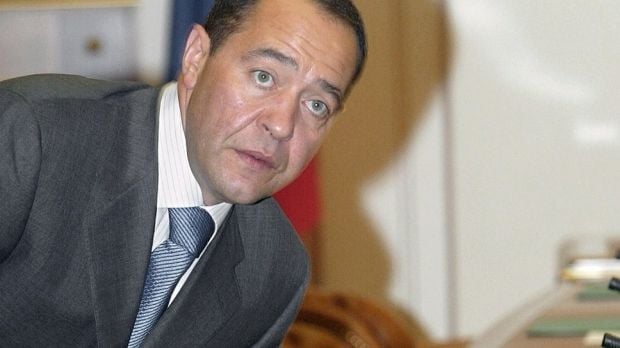 "For a man who once shaped Russia's media sector, remarkably little is known about the last months of Mikhail Lesin's life," Peter Hobson from The Moscow Times wrote in his article titled "The Mysterious Death of the Man Behind Putin's Media Machine," published on November 11.

A year earlier, Lesin's meteoric career had suddenly ended when he abruptly quit as head of Gazprom Media, one of the country's largest state-owned media conglomerates.

People who knew Lesin described him as a fiercely ambitious man, with the nickname "bulldozer." As head of Gazprom Media from 2013 to early 2015, he gave the impression of someone who felt "all-powerful," Vladimir Pozner, a television journalist who had known Lesin since the end of the Soviet Union, told The Moscow Times.

His beginnings were less grand. In the final years of Communist rule, Pozner encountered Lesin when he was being employed to carry briefcase-sized mobile telephones for businessmen.

But he was driven. In the late 1980s he co-founded an advertising company and swiftly became a multimillionaire. Only a few years later, he helped mastermind the slogans of Boris Yeltsin's successful 1996 run for the presidency, launching his government and state media career.

Lesin was present at the creation of Russia's state-dominated media sector. As press minister he forced media magnate Vladimir Gusinsky to cede control of television station NTV while Gusinsky sat in a jail cell. In 2005, he helped create Russia Today, now RT, a television network that broadcasts Russia's point of view in multiple languages and aims to undermine Western news narratives. Afterward, he served as an adviser to the Kremlin.

Those moves shaped Russian media. Now, state controlled TV broadcasts the government's view, and Putin, after more than 15 years in power, has an approval rating of almost 90%

Most people contacted by The Moscow Times were wary of commenting on Lesin. But those who agreed to talk said he may have pushed too hard for power while at Gazprom Media, alienating powerful colleagues and falling out with Yury Kovalchuk, a close associate of President Vladimir Putin and a major shareholder in the company, from whom Lesin may have borrowed money.

In late 2014, Lesin picked a fight with Alexei Venediktov, the long-serving and well-connected editor of liberal radio station Echo Moskvy, in which Gazprom Media has a majority stake. In a dispute over the firing of one of the station's journalists, Lesin was forced to back down.

The confrontation may have been the proximate cause of Lesin's resignation, which came shortly afterward. With the brawl around Ekho, "it all fell together," said one source familiar with the situation, who did not want to be named.

"One of the main reasons was that he owed huge amount of money to Kovalchuk, which he supposedly didn't intend to pay back," the source said.

He also underestimated his rivals, said two other sources familiar with the matter. The heads of three of Russia's major TV channels complained to President Putin that Lesin had begun behaving as if he was their boss, as he had been while press minister.

Lesin said his exit from Gazprom Media was for family reasons.

The outcome left Lesin out of the loop, possibly with some powerful enemies, and perhaps without the support of Putin, The Moscow Times wrote.

It was a rare error for a man who "made very few mistakes" during his career, said Pozner.

By the time he left Gazprom Media, Lesin, a heavy smoker and drinker for much of his life, was ill. Lesin lost 30 kilograms after breaking his spine in an accident in 2012, Margarita Simonyan, the editor-in-chief of RT, wrote after his death. His back later became infected, forcing him to undergo a series of 13 operations that continued late into this year, she said.