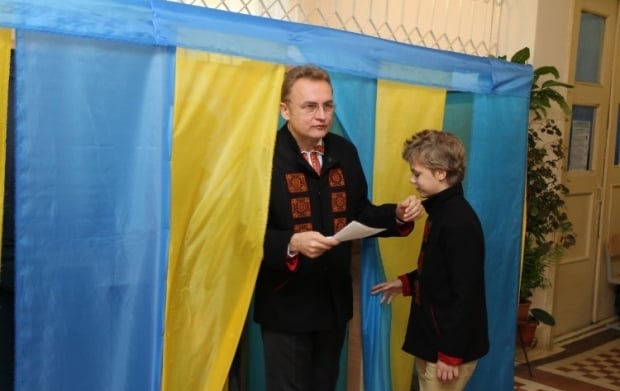 According to rough estimates of Lviv mayoral election results, 138,246 Lviv residents, or 61.1%, voted for Sadovy, while his rival Ruslan Koshulynsky, a Member of Parliament, the incumbent Deputy Chairman of the Verkhovna Rada and deputy head of the Svoboda Party, was backed by 83,565 voters, or 36.9%.

A total of 2% of ballot papers was nullified. The voter turnout during the second round of the Lviv mayoral election was 39%.

The final results of the second round are expected to be announced by the election commission on Monday evening.