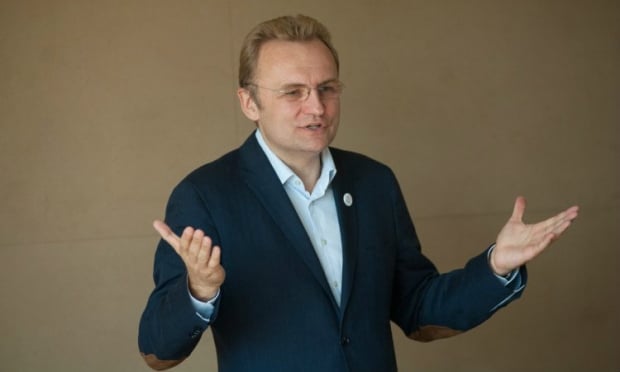 Sadovy's closest rival, Ruslan Koshulynsky, a Member of Parliament, the incumbent Deputy Chairman of the Verkhovna Rada and deputy head of the Svoboda Party, got 14.1%. 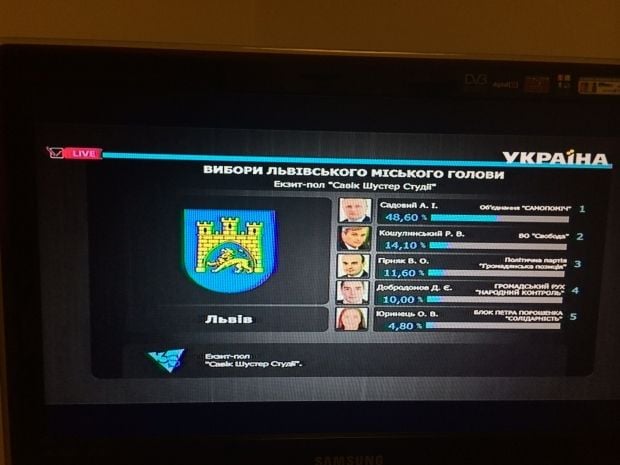 Results of a Savik Shuster Studio exit poll / A screenshot

Other candidates for Lviv mayor's post were lawyer Voldymyr Hirniak with 11.6% (a nominee by the Hromadianska Pozytsia, or Civic Position Party, led by former Defense Minister Anatoliy Hrytsenko), Dmytro Dobrodomov with 10% (a nominee by the Narodny Kontrol, or People's Control, civil movement), and Oksana Yurynets with 4.6% (a nominee by Vitaliy Klitschko's Party UDAR, short for the Ukrainian Democratic Alliance for Reform).