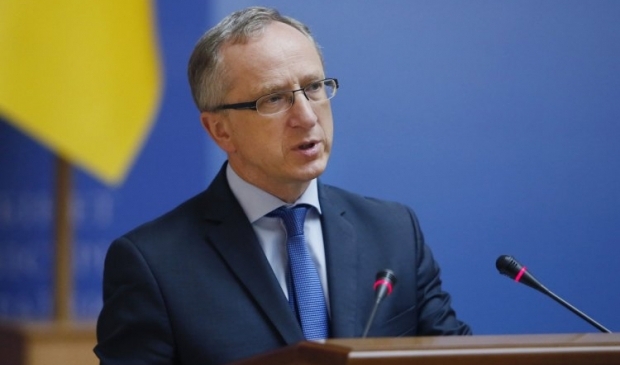 "In view of the adoption by the Verkhovna Rada of Ukraine of a number of [draft] laws related to the implementation of the Action Plan on the Visa Liberalization, I want to underline that neither the EU Delegation nor any other EU institution has expressed any comments on the content of the respective package – either in public or in any other format," the EU Delegation wrote in a statement on Facebook, quoting Tombinski as saying.

"The EU will be able to express a position only after having finalized its own thorough assessment, which is currently in the making," Tombinski said.

Ukrainian Parliament Speaker Volodymyr Groysman earlier said that "none of the bills included into the visa-free package has attracted criticism by that moment. Therefore they will be signed and published in accordance with the established procedure."

Ukrainian President Petro Poroshenko announced in turn that he hoped that on December 15 the European Commission would give the green-light to Ukraine's visa-free regime.

Ukrainian Foreign Minister Pavlo Klimkin projected that Ukrainians might be able to travel to the EU starting from summer or autumn next year after Ukraine had fulfilled all the requirements.