Ukrainian Minister of Foreign Affairs Pavlo Klimkin has called on the UN Security Council (UNSC) to set up a mission for control over the process of stripping Donbas militants of arms and the withdrawal of Russian regular troops from eastern Ukraine. 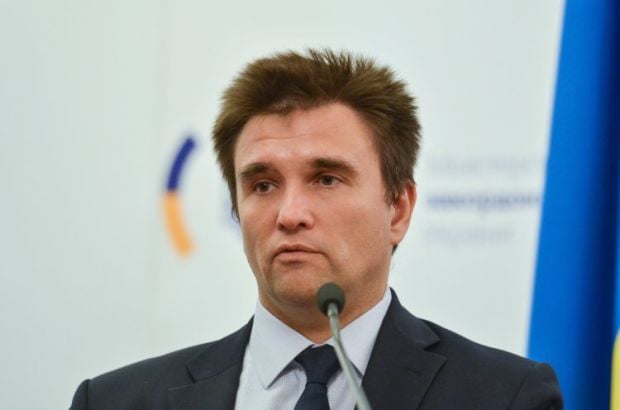 Klimkin said at a UN Security Council meeting in New York on Friday that way back in March 2015 Ukraine officially requested that the UN support the implementation of the Minsk agreement by deploying a peacekeeping mission in Ukraine.

"This mission would be essential in implementing such provisions of Minsk as disarmament of the Illegal armed formations; monitoring and verification of the Russian troops and weapons withdrawal; delivering and distributing humanitarian assistance; securing environment for local elections according to OSCE standards; implementing amnesty. I urge the Security Council, time and again, to assume leadership in establishing such a mission," Klimkin said.

As UNIAN reported earlier, Klimkin said that the OSCE SMM should be given the mandate to oversee disarmament in Donbas.

Representative of Ukraine in the Trilateral Contact Group's political subgroup Roman Bezsmertny said that none of the OSCE missions was authorized to monitor and verify possible local elections in temporarily occupied territory of Donbas.