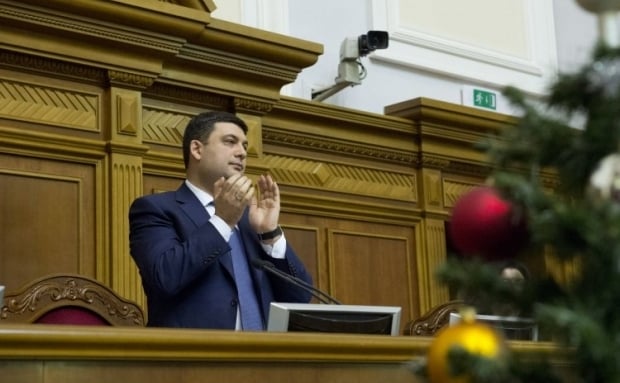 The bill was forwarded to the President of Ukraine on December 2015, according to the website of the Verkhovna Rada of Ukraine.

As UNIAN reported earlier, on December 25, the Verkhovna Rada passed a bill on the national budget for 2016 as a basis and as a whole document with a deficit set at 3.7% of GDP and revenue planned at UAH 595 billion. The budget was supported by 263 MPs with the required number of votes being 226.

Read alsoYatsenyuk says budget spending on defense, security grows to almost $5 blnThe bill on the budget was finalized with due regard to the earlier adopted laws.

Introducing the finalized budget, Ukrainian Finance Minister Natalie Jaresko said that the authors of the bill had taken about 20 different amendments into account.

In particular, the revenue of the budget had originally been planned at UAH 601 billion.

Read alsoIMF to verify 2016 national budget adopted by Ukraine - Jaresko The adoption of the budget was a key recommendation to Ukraine from its major lender, the International Monetary Fund, which was supported by the U.S. Department of the Treasury and the G7 embassies in Ukraine.

Earlier, the Ukrainian government presented the draft state budget, according to which the country's public debt remained unchanged at UAH 1.5 trillion, the maximum amount of state guarantees was fixed at UAH 28.2 billion. In addition, the draft budget envisages that the Ukrainian government will additionally provide $700 million to the special energy reserve fund in 2016. The volume of loans is set at UAH 202.997 billion. The minimum income level will amount to UAH 1,330 since January 1, 2016, UAH 1,399 since May 1, 2016, UAH 1,496 since December 1, 2016. The minimum monthly wage will amount to UAH 1,378 from January 1, 2016, corresponding to the current level of the minimum wage. In May 2016, the minimum wage will be increased to UAH 1,450, and in December to UAH 1,550.

In addition, on December 24, the Verkhovna Rada adopted a number of legislative changes related to the tax system with a view of ensuring revenues to the budget.