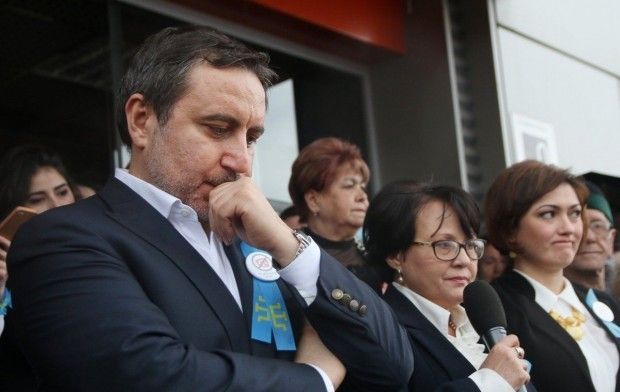 "I do not believe in the peaceful scenario of the liberation of Crimea, but this is my personal opinion," Islyamov said.

He also predicted possible developments on the peninsula due to the economic difficulties in Russia.

Read alsoCrimea blockade activists dismantle checkpoints on border with occupied Crimea - Islyamov"The sanctions will press, and Putin will be removed from office in the near future, some military junta will come to power that will decide to set up its last battle. Because they've been preparing for this for so long. Any other politician who will try to return Crimea will be considered a traitor," Islyamov said.

Earlier, Islyamov announced the formation of the Crimean Tatar battalion aimed at assisting both the police and law enforcement agencies in Ukraine's mainland Kherson region bordering with the annexed Crimea.