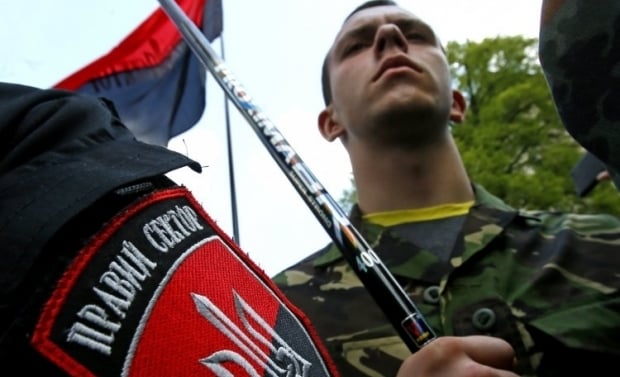 "Another story is the establishment of structures called Zakhid (Zakarpattia region), Zakhid-2 (Lviv region), Zakhid-3 (Ivano-Frankivsk region) and Zakhid-4 (Volyn region) special force battalions, which was announced by the battalion commander with nome de guerre 'Chesniy.' There are some of our colleagues from the Right Sector there, but these structures are not included in the Right Sector national liberation movement and are created exclusively upon the initiative of individual fighters and commanders, so they have their own leadership and subordination," the report says.

The Right Sector stressed that the organization was not responsible for the actions of said units and would not comment on them.

As UNIAN reported earlier, on November 11, MP Dmytro Yarosh stepped down from post of the leader of the Right Sector Ukrainian national liberation movement. He explained his move with the fact that his position was not always in line with aspirations of part of the Right Sector's leadership