Director of the National Anti-Corruption Bureau of Ukraine (NABU) Artem Sytnyk debunks the theory reported by media that U.S. loan guarantees depend on the dismissal of Ukrainian Prosecutor General Viktor Shokin, according to Voice of America's Ukrainian language service. 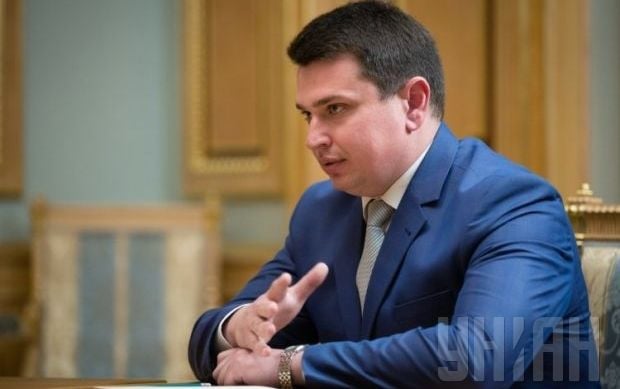 Sytnyk met with officials from the U.S. Department of State to discuss new anti-corruption agencies in Ukraine / Photo from UNIAN

"These reports had been circulated earlier than we got to the U.S. Department of State for a meeting, therefore it looks like an act of provocation," Sytnyk said.

In his words, the meeting covered status of the creation of new anti-corruption agencies in Ukraine – the National Anti-Corruption Bureau and the Specialized Anti-Corruption Prosecutor's Office.

Answering the question whether Shokin's name was mentioned at the meeting at the U.S. Department of State, Sytnyk answered: "No information was given at the meeting the way the new reports had it."

Ukrainian media reported earlier that the U.S. Department of State was mulling the possible dismissal of Ukrainian Prosecutor General Shokin as one of the most important facts proving the effective fight against corruption in Ukraine.

In particular, the U.S. officials made it clear to the authorities of Ukraine that providing U.S. loan guarantees to the tune of $1 billion is dependent on the dismissal of Shokin.