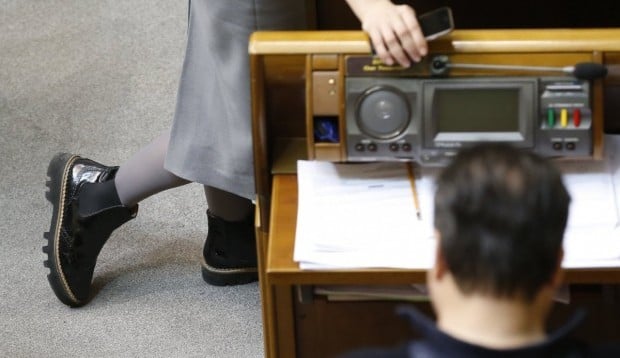 "The Samopomich faction has decided to express no-confidence in the incumbent government and we demand its resignation, including the resignation of the Prime Minister, who has failed to conduct reforms – this is obvious," she told Channel 112.

In her words, if this has not been done, Samopomich may withdraw its members from the coalition.

"If the government has not been completely replaced, we will separately address the question of leaving the coalition depending on whether we will be represented in such a [new] government and how we will be presented there," she said.

An ad hoc group on amending the parliamentary coalition's agreement had a meeting on January 29. The agreement is to be extended with clauses stipulating the deadlines for the implementation of the agreement and responsibility for inability to meet them.

The idea of updating the coalition agreement was supported by Prime Minister Arseniy Yatsenyuk. The government also proposed that the lawmakers who were unhappy with the Cabinet's performance could table a no-confidence resolution in parliament.

Two parliamentary factions – Yulia Tymoshenko's Batkivschyna and Andriy Sadovy's Samopomich – insist on the dismissal of Yatsenyuk and his government.

Ukrainian Agrarian Policy and Food Minister Oleksiy Pavlenko, who was nominated by Samopomich to this office, tendered his resignation letter to parliament on January 29 in response to a decision by the party's political council to withdraw him from the Cabinet.

UNIAN's memo. Article 228 of the Verkhovna Rada's rules and regulations says that once a year the parliament shall hear the government's report on its performance and the implementation of the Cabinet's action program. The government shall present its report within 45 days after the calendar year is over.

Should the Cabinet's performance be recognized unsatisfactory, the MPs could initiate a no-confidence vote.

Rada Chairman Volodymyr Groysman earlier announced that the parliament may consider a Cabinet report between February 16 and February 19.