Russian President Vladimir Putin does not accept any red lines, and he can annex other countries under the pretense of the alleged discrimination of Russian minorities, Ukrainian President Petro Poroshenko said in an interview with the German's Bild. 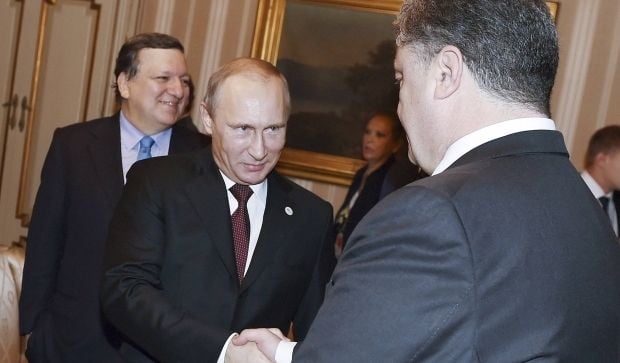 "In an interview with Bild, Putin has said that borders are not important for him. First of all, congratulations to the journalists he said that to! So far, Putin has always acted according to this attitude, but never publicly admitted to it," Poroshenko said, according to Bild.

"We in Ukraine know that he does not accept our borders. His statement is therefore rather directed at everyone in Europe, meaning that it can happen to anyone."

Read alsoPoroshenko: Putin starts information war against Germany"Putin does not accept any red lines and can annex other countries under the pretense of the alleged discrimination of Russian minorities. You in Germany also have Russian minorities…" he said.