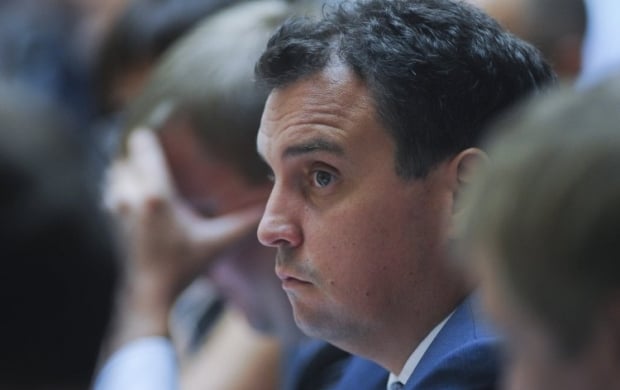 "We are deeply disappointed by the resignation of Minister for Economic Development and Trade, Aivaras Abromavicius, who has delivered real reform results for Ukraine. During the past year, Abromavicius and his professional team have made important strides – implementing tough but necessary economic reforms to help stabilize Ukraine's economy, root out endemic corruption, bring Ukraine into compliance with its IMF program obligations, and promote more openness and transparency in government," the statement said.

"Ukraine's stable, secure and prosperous future will require the sustained efforts of a broad and inclusive team of dedicated professionals who put the Ukrainian peoples' interests above their own," the signatories write. "It is important that Ukraine's leaders set aside their parochial differences, put the vested interests that have hindered the country's progress for decades squarely in the past, and press forward on vital reforms."

The statement was signed by:

Ambassador of the Republic of France Isabelle Dumont

Ambassador of the Federal Republic of Germany Christof Weil

Ambassador of the United States of America Geoffrey R. Pyatt

As UNIAN reported earlier, Minister of Economy and Trade of Ukraine Aivaras Abromavicius decided to resign from post, stressing that the key reason for his resignation is the conflict with the deputy head of the Bloc of Petro Poroshenko, Ihor Kononenko.