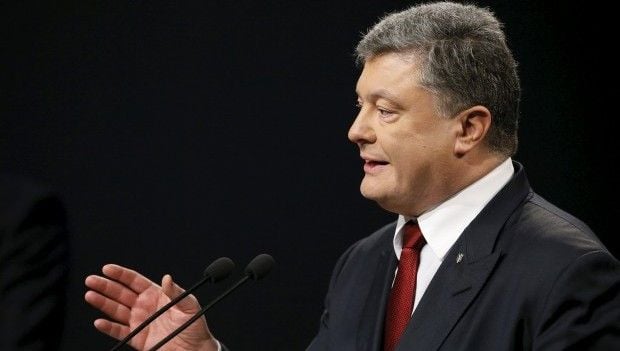 "The president emphasized that he was strongly determined to continue reforms awaited by Ukrainian society. Rapid reload of the government is essential for that. At the same time, the president believes that the reformer ministers and their teams should stay on board," the presidential press service reported quoting Poroshenko as saying at a meeting with G7 and European Union Ambassadors.

The ambassadors underlined the importance of the Ukrainian authorities' unity amid Russian aggression.

The parties also discussed the implementation of the Minsk peace agreements.

Poroshenko told the envoys that Russia had not been adhering to them and called on the ambassadors to continue pressure on Russia through sanctions.

As UNIAN reported, Ukrainian Economic Development and Trade Minister Aivaras Abromavicius decided to resign and urged the Verkhovna Rada to vote on this issue as soon as possible. He said the major cause behind his decision was constant pressure on his ministry, the lack of incentives and attempts by representatives of the Petro Poroshenko Bloc's parliamentary faction to interfere in the ministry's work.