Poroshenko addresses Putin: "This is your aggression" 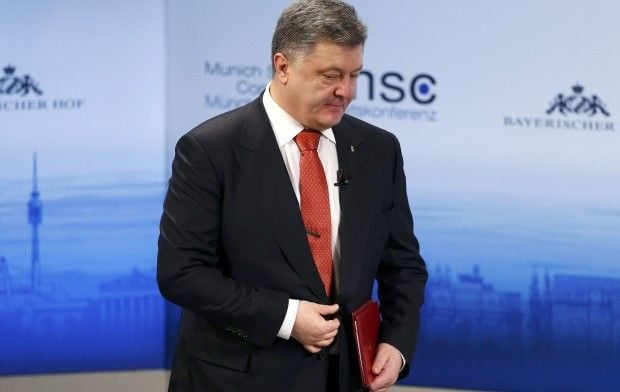 "Mr. Putin, this is not a civil war in Ukraine, this is your aggression...this is your soldiers who have entered my country," Poroshenko said in English, RFE/RL reported.

Poroshenko said that it is "not only Ukraine, not only Ukrainian security" that is at stake. "This is European and global security," he said.

He warned that Putin is threatening Europe and its values, saying there is an illiberal "alternative Europe" and its "name is Vladimir Putin."

The Russian president did not attend the annual Munich conference. Russian Prime Minister Dmitry Medvedev, speaking earlier in the day at the conference, blamed Ukraine for problems with implementation of the Minsk II agreement, according to the report.

As reported earlier, more than 9,000 combatants and civilians have been killed in eastern Ukraine since fighting between government forces and Russia-backed separatists began in April 2014, following Russia's seizure of the Crimean Peninsula from Ukraine.