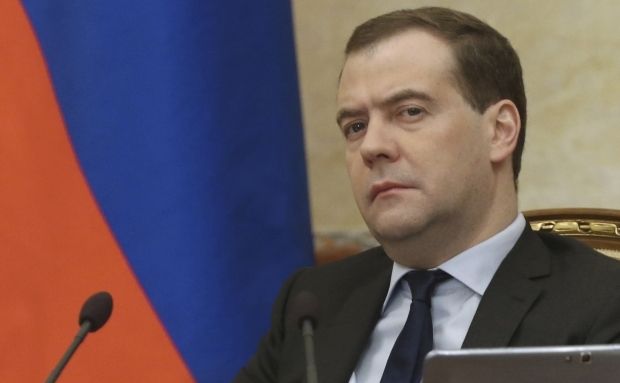 "I never said that a new Cold War has begun, but I said that NATO decisions bring a new Cold War nearer. I said this and I will say it again," he said in an interview with Time magazine correspondent Simon Shuster following the Munich Security Conference, according to the Russian government website.

As UNIAN reported earlier, on February 13, Russian Prime Minister Dmitry Medvedev said his country is in a new cold war with the U.S. and its allies.

Read alsoPoroshenko addresses Putin: "This is your aggression""The political line of NATO toward Russia remains unfriendly and closed," Medvedev said in his speech at the Munich Security Conference on Saturday.

"It can be said more sharply: we have slid into a time of a new cold war," he said.