On the second anniversary of Maidan massacre, Ukrainian President Petro Poroshenko and his wife Maryna Poroshenko honored memory of the fallen Heroes of the Heavenly Hundred, according to the official website of the President of Ukraine. 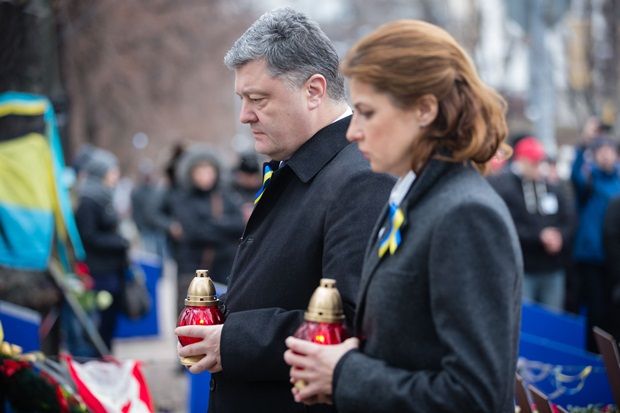 The presidential couple put icon lamps near the Memorial Cross on the Alley of Heroes of the Heavenly Hundred, a place where brave Ukrainians had been killed, the report reads.

As UNIAN reported earlier, on Saturday, February 20, Ukraine honors memory of the Heavenly Hundred Heroes and marks the anniversary of the Revolution of Dignity.