The U.S. congressional representatives have reiterated their continuous support for Ukraine in counteracting Russia's aggression, the Ukrainian Embassy in the United States reported referring to the statements made during today's briefing in Washington attended by Ukrainian and U.S. authorities. 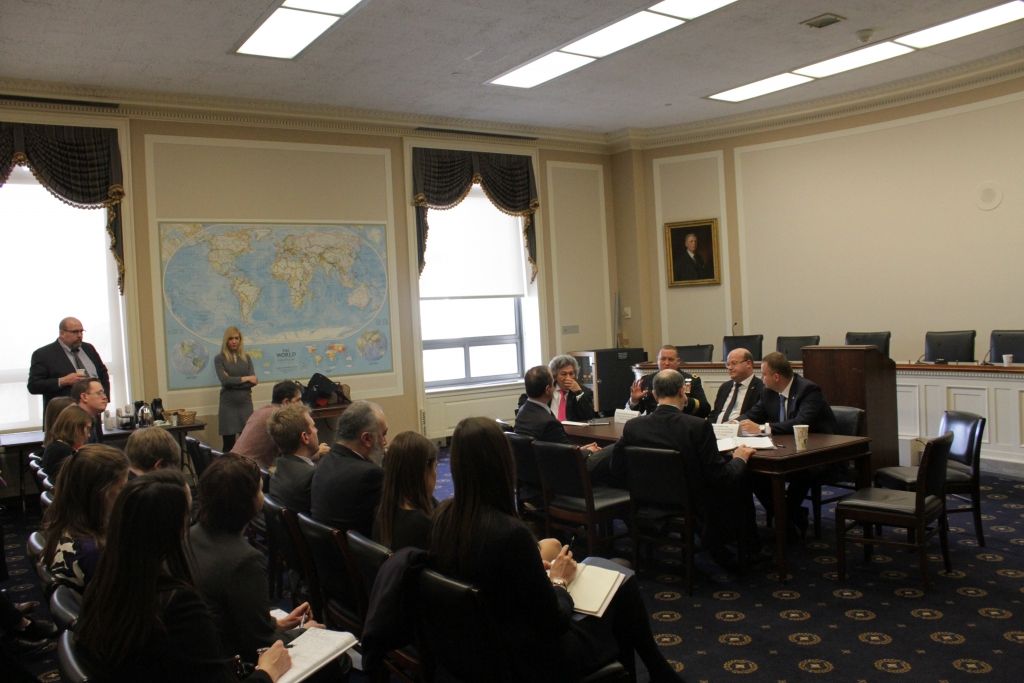 "During the discussion the congressional representatives reiterated their continuous support for Ukraine, namely, Congressman Duncan Hunter underscored his effort to assist the Ukrainian armed forces, as embedded in the draft Ukrainian Warefighter Assistance Act," a statement reads.

In addition, Ambassador of Ukraine in the U.S. Valeriy Chaly called for further support to Ukraine from the United States, in particular through continuation and increase of train-and-equip programs as well as providing defense equipment to Ukraine, according to the report.

It is also noted that the participants have paid special attention to discussing ways to counteract propaganda and cyber challenges.

As reported earlier, General Philip Breedlove, the head of the U.S. European Command, recently stated that he had made recommendations to the Obama administration that included providing lethal weapons to Ukrainian forces.