Poroshenko calls for more pressure on Russia to release Savchenko

President of Ukraine Petro Poroshenko urged EU leaders, who are meeting in Brussels today, March 7, for an emergency summit, to increase pressure on the Russian Federation to release Ukrainian female pilot Nadia Savchenko, the president wrote on his Twitter page. 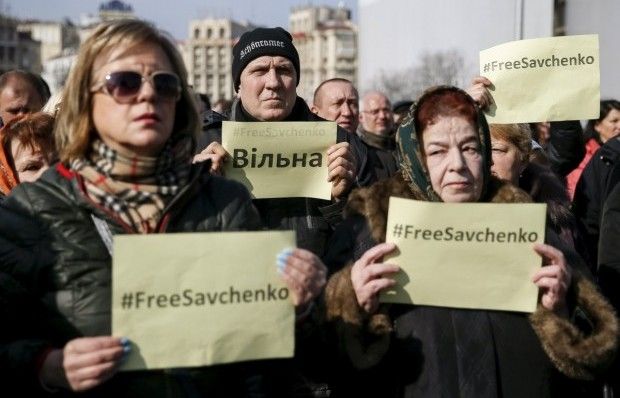 As UNIAN reported earlier, Russia accuses Savchenko of the murder of two Russian journalists, as well as the illegal crossing of the Russian border. Savchenko and her defense have denied accusations claiming that at the time of the death of the Russian journalists, she has already been captured by the militants, who then forcibly moved her to Russia.

In mid-December of last year, the Russian court extended Savchenko's arrest until April 16. After that, she held a hunger strike in protest, the third one since her arrest in the summer of 2014.

On March 3, the Russian-based Donetsk city court in Rostov region suddenly announced it would postpone the hearing until March 9 without letting Savchenko deliver her final word. In response, Savchenko said that being denied of last plea was perceived as violation of her rights, therefore she declared hunger strike from March 4.