Ukraine's Ministry of Foreign Affairs has expressed protest against the fact that Ukrainian presidential envoy for the peaceful settlement of the Donbas conflict Iryna Gerashchenko was not allowed to enter Russia, according to Russian news agency TASS. 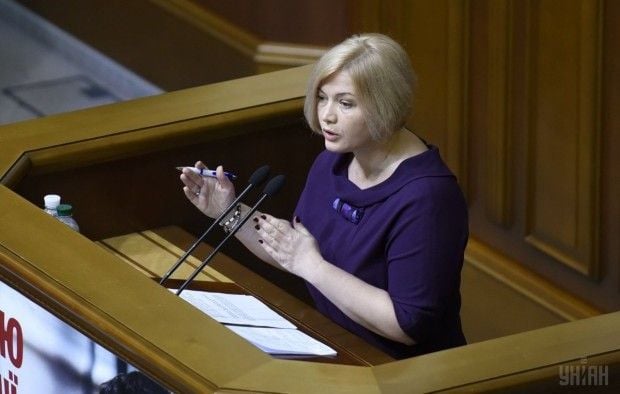 "The Ukrainian Foreign Ministry expresses resolute protest against barring Ukrainian MP, member of the permanent delegation of Ukraine's Verkhovna Rada to the Parliamentary Assembly of the Council of Europe, Ukrainian presidential envoy for peaceful settlement in Donbas, Ukraine's envoy to the Trilateral Contact Group's humanitarian sub-group Iryna Gerashchenko from entering the territory of the Russian Federation," the ministry said in a statement, TASS wrote.

By denying entry to Gerashchenko, Moscow "has purposefully created artificial obstacles to the fulfilment by the Ukrainian envoy to the Contact Group's humanitarian sub-group of her direct functions" and violated its commitments under the Minsk agreements.

"The Ukrainian Foreign Ministry demands that the Russian side immediately revoke this decision and take all necessary measures to avoid any future provocations toward relatives and lawyers of Nadia Savchenko, foreign journalists, human rights activists, Ukrainian MPs, as well as all representatives of Ukraine and the international community that were present when the verdict was read out," the ministry added.