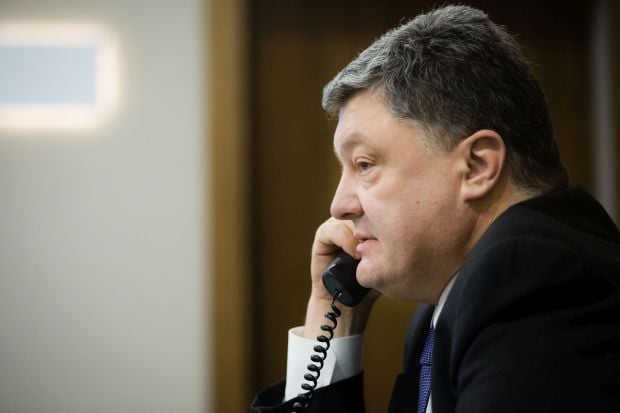 "Ukraine will never recognize this show trial," Poroshenko said in a phone conversation with Biden, the president's press service reported.

The parties coordinated positions for the immediate return of Savchenko to Ukraine.

The U.S. Vice President assured that respective signals on immediate liberation of Savchenko would be communicated to the Russian side in the course of U.S. Secretary of State John Kerry's coming visit to Moscow.

The president drew attention to a Savchenko List proposed by Ukraine, which includes persons who are linked to Savchenko's illegal detention and imprisonment.

Biden also noted that the First Lady of the United States Michelle Obama was deeply touched by the appeal of President's wife Maryna Poroshenko to her with a request to join the FreeSavchenko campaign.

Poroshenko briefed the U.S. Vice President on the recent developments in Donbas, where Russia-controlled militants continue ignoring the security provisions of the Minsk agreements and are shelling Ukrainian troops every day.

Biden confirmed the unwavering position of the United States as regards the protection of Ukraine's sovereignty and territorial integrity. He assured the U.S. would keep sanctions against Russia in place until the full implementation of the Minsk accords.

The U.S. Vice President also confirmed that the U.S. would continue providing assistance to Ukraine on the track of reforms. He praised efforts by the Ukrainian president to immediately settle the political crisis through the formation of a pro-European reform-oriented government.

The parties condemned terrorist attacks in Brussels and called for unity in the struggle against terrorist threats in any manifestations.

They also discussed the schedule for the next top level contacts between Ukraine and the United States.