Leader of the Radical Party's parliamentary faction Oleh Liashko says that a new coalition in Ukraine's Verkhovna Rada is now being formed by the factions of the Bloc of Petro Poroshenko, the People's Front, and Batkivshchyna. 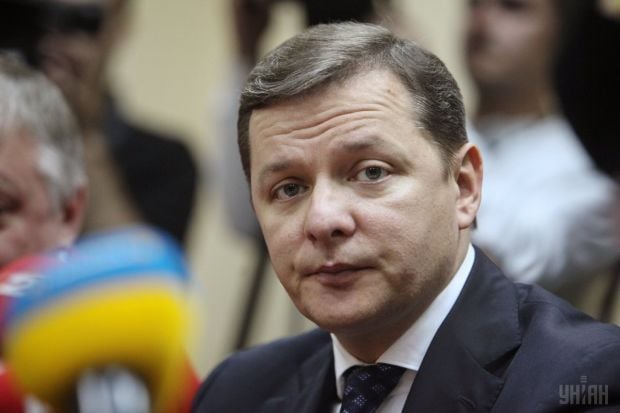 "They've agreed that a meeting of a new coalition will begin at noon [on Tuesday]. The coalition is being formed by the Bloc of Petro Poroshenko, the People's Front, and Batkivshchyna," Liashko said after a meeting between the heads of the parliament's factions and groups and Ukrainian President Petro Poroshenko late on Monday.

However, the Radical Party remains the opposition, as the proposals put forth by this party's faction had not been taken into consideration, he said.

"Yes, the Petro Poroshenko Bloc, the People's Front, and Batkivshchyna are forming the coalition, signing for [incumbent parliament speaker Volodymyr] Groysman's candidacy for prime minister, and if they agree, they are most likely to vote for Cabinet members in the afternoon [on Tuesday]," he said.

Leader of the People's Front faction Maksym Burbak in turn said that on Tuesday there would be a constitutive meeting of the coalition the Petro Poroshenko's Bloc, the People's Front, and Batkivshchyna have agreed to form.

"[This needs to be done] to form the coalition and start working on a candidate for prime minister, Cabinet members, an action program of the future government," he said.

Answering a question whether the parliament is going to vote for the appointment of Groysman as prime minister on Tuesday, Burbak said it is the dismissal of Prosecutor General Viktor Shokin that is on top of the parliament's agenda. After that, he said, the parliament would first need to endorse a coalition agreement, sign it and draw up a government action program.

"If they manage, why not [to vote on Groysman then]," he added.

Deputy head of the parliamentary faction of the Petro Poroshenko Bloc Oleksiy Honcharenko said earlier on Monday that his faction had decided to suspend its membership in the current coalition until a decision to appoint a new prime minister has been made.