The Council of Europe has said that the recent events in the Prosecutor General's Office of Ukraine may compromise the reform process or allow to speed it up, and calls on to appoint the new leadership that will be consigned to the reforms and the fight against corruption, Director of Human Rights in the Council of Europe's Directorate General Human Rights and Rule of Law Christos Giakoumopoulos told an UNIAN correspondent in Brussels. 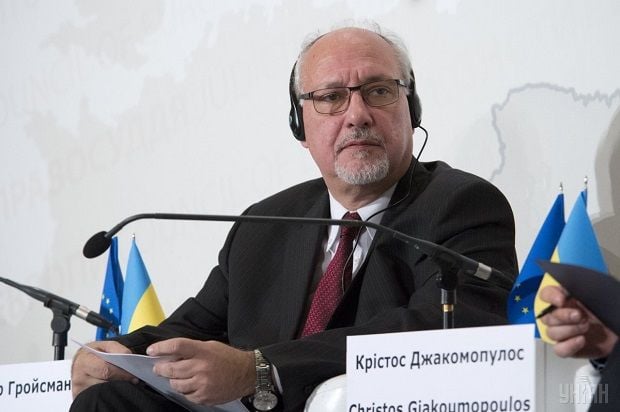 "As you know, the Council of Europe has invested considerable efforts in the reform of the Prosecutor General's Office. We follow the recent developments with utmost concern," Giakoumopoulos said.

"The reported launching of investigations by the Prosecutor General into the activities of an active and respected anti-corruption NGO is an additional matter of concern. It is also unclear to us when and how the new Prosecutor General will be appointed," said Giakoumopoulos.

At the same time, according to the official, these developments create an opportunity to accelerate the reform process and bring it to a successful completion.

"It is indeed high time for Ukrainian leadership to move rapidly ahead, with the participation of the Ukrainian civil society and with the support of the international community. Determined and visible steps are urgently needed to appoint a leadership that is reform-oriented, enjoys public trust and takes decisive action to fight corruption, including within the Public Prosecutor's Office. The Council of Europe has already suggested a procedure that complies with the current legal requirements and is also fair and transparent," the representative of the Council of Europe said.

Read alsoPoroshenko to discuss Sakvarelidze's return to PGO with new PGGiakoumopoulos is convinced that the prosecutorial self-governance is an essential element of the reform and the new law actually introduces self-governance arrangements within the prosecution service of Ukraine. "It aims at ensuring external and internal independence of the prosecution system. At the same time, the establishment and functioning of prosecutorial self-governance bodies can be challenging for Ukraine. From the outset, these bodies must provide democratic legitimacy for the prosecution system and shield it from political influence. They must also meet highest standards of professionalism, integrity, transparency and, once again, must be trusted by public," he said.

According to Giakoumopoulos, the successful application of this new institute in Ukraine requires comprehensive and holistic measures. "It is essential that sufficient time is taken for the nomination of the candidates for the membership in these bodies and their scrutiny. Their final selection should be made through a genuinely democratic and transparent process. Furthermore, the members of the self-governance bodies should have a very good understanding of the reform objectives and an undeniable commitment to achieving them. This is of key importance given the extensive scope of powers and authority these bodies will have. We will follow very closely the developments and shall provide all assistance required. However, the responsibility for the effective implementation of the reform is in the hands of the Ukrainian leadership," he said.