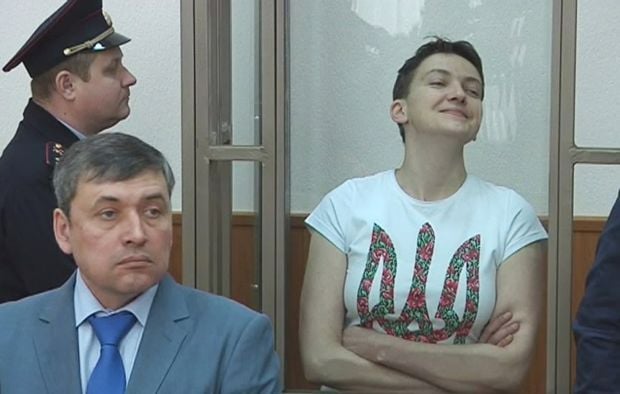 The president signed relevant decree No. 121/2016 prior to his visit to the United States, where he departed on Wednesday.

Under the decision, the Cabinet of Ministers, the Security Service of Ukraine and the National Bank of Ukraine must ensure the monitoring of the efficiency of the sanctions.

Ukraine's Ministry of Foreign Affairs must inform respective authorities in the European Union, the United States and other states for them to consider the possibility of imposing similar sanctions.

The Cabinet of Ministers and the Security Service of Ukraine must elaborate proposals on the application of similar sanctions regarding persons involved in illegal actions against other Ukrainian citizens and submit them to the NSDC within two weeks.

The decree takes effect from the date of publication.

The sanctions are imposed on 84 individuals, whose names and positions, along with justification for the application of the sanctions and their type, are listed in an enclosed annex.

The Savchenko-Sentsov List consists of citizens of Russia and Ukraine, including judges, prosecutors and investigators involved in the unlawful criminal cases against Savchenko, Sentsov and Kolchenko.

On the list is Russian citizen, Chairman of the Investigative Committee of Russia Alexander Bastrykin, who will be refused entry into Ukraine. Also, sanctions in the form of freezing assets will be applied against him.